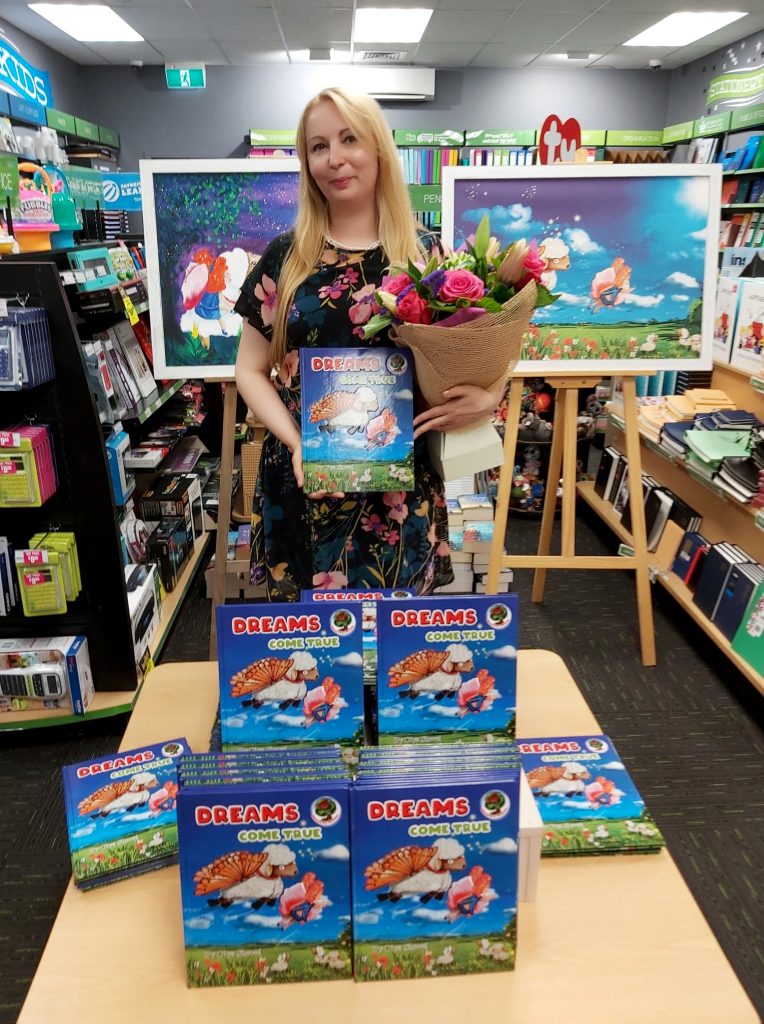 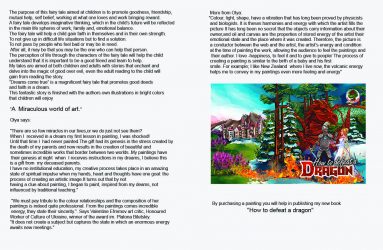 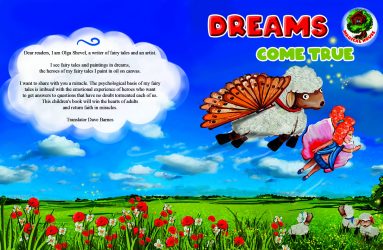 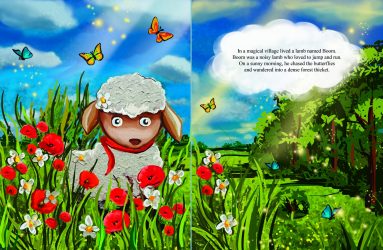 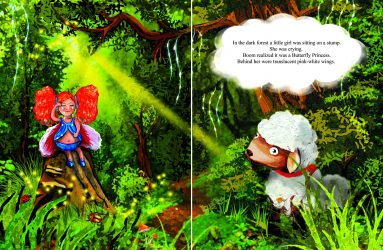 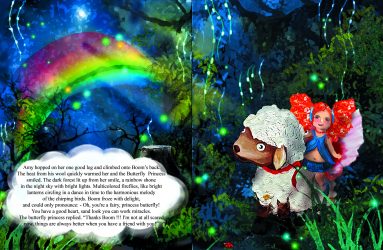 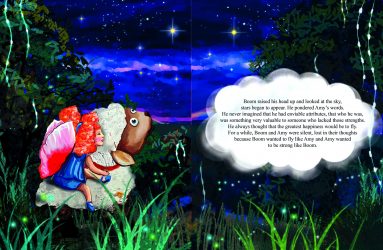 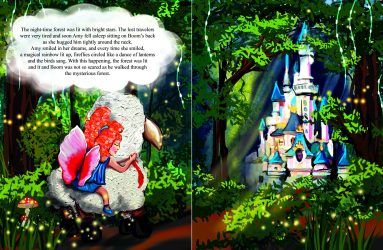 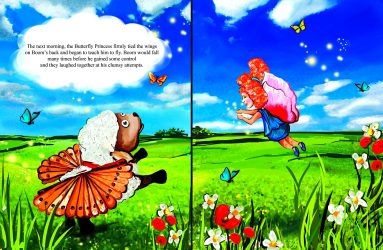 Good evening, I want to introduce you to Olya Shevel. Olya is an artist as well as a children’s author.

Apart from being a children’s author, She is a professional oil painting artist with her paintings found around the world from London to Sydney, from Florence to Singapore, from Russia to The United States and in Australia and New Zealand.

For the last two years  she have been working on a project and indeed her dream has come true in that she has published her first children’s book entitled “Dreams Come True”  It is a happy book about a little sheep with BIG dreams that Olya both wrote and also illustrated.

Olya was born in the small town of Novomoskovsk in Ukraine. Ukraine is a beautiful place, with hospitable people and fertile lands, located in the very heart of Europe.  Olya came from a loving and supportive home. Her mother, ever helpful would readily plunge into finding a solution for anyone who asked for her help. Her Father was a benevolent, kind person and his gentle operatic voice taught her to feel the music in nature itself. Her parents received their education in engineering and accounting, Olya followed her mother’s footsteps and become an accountant as well.

Olya’s attitude was that of a realist, believing in what can be seen and touched, she believed in what existed before her – what can be seen or explained. When, within a year both her parents died suddenly, she experienced a huge emotional upheaval. The grief and anguish she encountered  had the effect of radically shifting her worldview which in turn would change her future life completely.

The first evidence of this change was that Olya, not normally one to remember dreaming in her sleep, one night had an incredible and highly visual dream;

Male hands, weathered and wrinkled, hands, not young, but also not old, with long elegant strong fingers held a paintbrush in front of a canvas. His face was shrouded in a mist-like haze and couldn’t be seen.

“Olya” using her name, “Go and get oil paints and canvas’ tomorrow, I will teach you to paint.” He commanded abruptly but with a pleasant voice.

Waking up dazed from what she had seen, Olya acted as she had been told in her sleep, though she felt somewhat uncomfortable and a little silly. She bought paints and canvas, surprising her husband, who took her to see a doctor immediately, frightened for the state of his wife’s health, mostly because she had never tried painting before.

That evening, the very same man appeared again in a dream and day by day, night after night, she learned the basics of painting,

Her first exhibition in Sydney, Australia took place only seven months after her first dream.

So the pain turned into happiness, obtaining a new meaning. The tales that you will read further on have appeared thanks to the same form of communication with the Mentor-Creator, as she became more and more convinced of the existence of the subtle spiritual worlds.

Olya’s true story is a lot like a fairy tale and today we would like to introduce you to Olya’s first fairy tale, which took her more than two years to create.

The two characters in the story have their own dreams and desires and when their paths cross, they help each other through their interaction and with magic, their dreams come true. The reward comes not from just striving but from having a pure heart. It is a story of a little lamb who wants to fly and a butterfly who wants to be strong and as they journey together, they become friends and achieve their goals. In our hearts we take joy from a happy story and from a child’s viewpoint there is a love for all living things in this tale where Boom the lamb comes to the aid of Amy the butterfly and reinforces the idea with ​​friendship; we can do better, be better and have more fun, with a friend at our side. In the magic world of storytelling this tale talks of living with a dream as each of the heroes listened to their heart and received their wish.

The purpose of this fairy tale aimed at children is to promote goodness, friendship, mutual help, self belief, working at what one loves and work bringing reward.

A fairy tale develops imaginative thinking, which in the child’s future will be reflected in the main life spheres of work, family and, emotional balance.

The fairy tale will help a child gain faith in themselves and in their own strength. To not give up in difficult life situations but to find a solution. To not pass by people who feel bad or may be in need. After all, it may be that you may be the one who can help that person. The perception of life through the characters of the fairy tale will help the child understand that it is important to be a good friend and learn to help. My tales are aimed at both children and adults with stories that enchant and delve into the magic of good over evil, even the adult reading to the child will gain from reading the story.

“Dreams come true” is a magnificent fairy tale that promotes good deeds and faith in a dream.

This fantastic story is finished with the authors own illustrations in bright colors that children will enjoy.